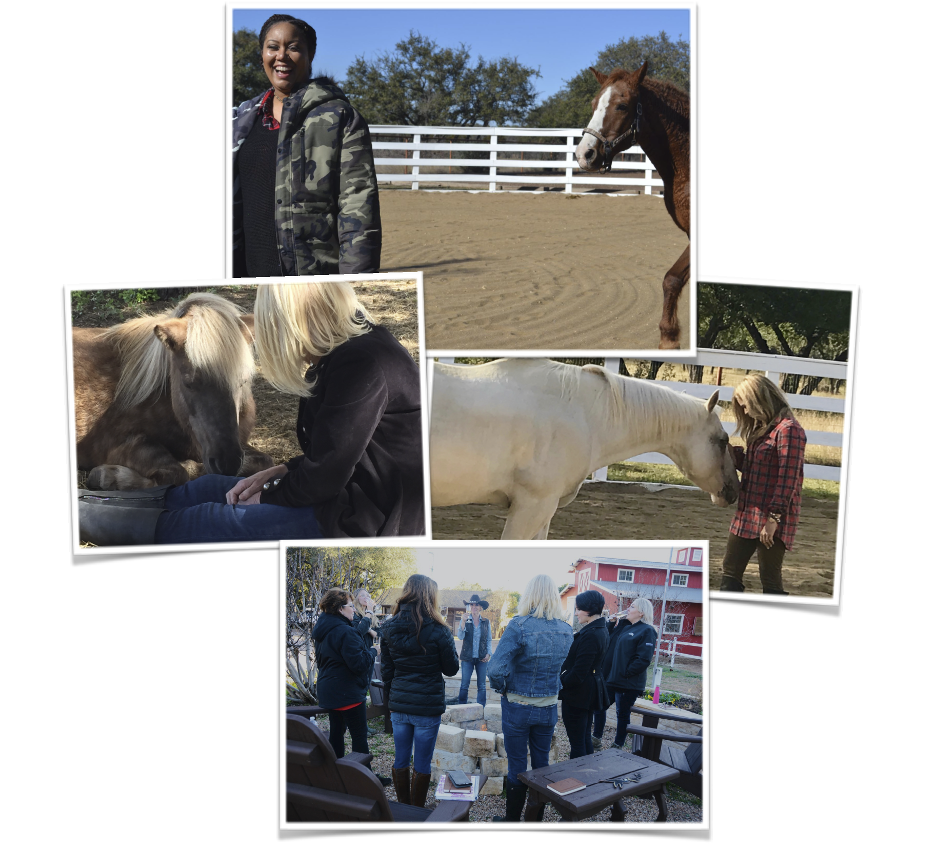 Create major breakthroughs, build better relationships, sharpen your leadership skills and enhance your confidence by joining us for an equine-based Leadership Development workshop and retreat.

You won’t be riding the horses, but rather working with the horses as a partner, in a professionally facilitated session. No experience with horses is necessary. Horses are excellent readers of energy and thus offer immediate feedback to their human counterpart. They react to a shift in us, so when we make the slightest adjustment in our approach to them, we see the consequences play out instantly.

These sessions are based on science. We are specifically focused on helping the brilliant leaders of LeadHERship Global shine even brighter by helping them become more confident and aware of what they are capable of achieving.

Location of the Retreat

Lodging for the Retreat
Sonesta Hotel
20 min from Genesis Farm
Fitness center, outdoor pool, 24-hour business center, lounge and rooftop bar Meridian 98, while being at the heart of the Galleria Mall area, near shops and restaurants in Bee Cave, TX.
More Info Here.

Itinerary for the Weekend Retreat

The retreat begins Friday, September 24th with a 2:00 pm CT, with a warm and welcoming meet and greet, and an orientation to set intentions, at the Genesis Farm.

Wine and or cocktails, as well as light food are served al fresco, complete with lounging near a warm firepit.  We end by 6:00 pm to go to the Sonesta Hotel, check in, and have dinner and drinks by 7:30 pm at the rooftop bar of Meridian 98. 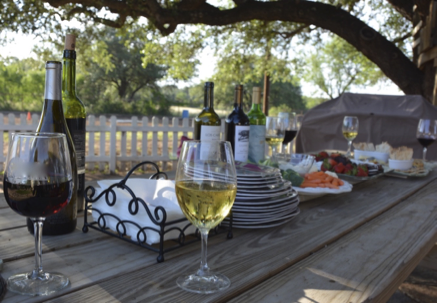 (Airfare and group dinners on Friday and Saturday night are not included in the package price).

Your Guide for the Weekend 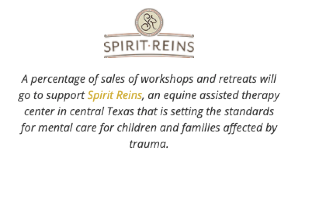 Sandra Dee Robinson became established as an actress with major roles on Another World, Sunset Beach, Bold and the Beautiful, General Hospital, Days of Our Lives, The Bay and guest starred on many prime time shows and ﬁlms, like CSI Miami, Criminal Minds and Two and a Half Men… among others.

Now, she is Certified Success and Soul Business Coach, perfecting her ability to reveal the Authentic leadership and communication style of her clients. Her mission in all her work is to illuminate the path for people to fully express all they are designed to be.

Sandra Dee founded Charisma on Camera Performance Coaching in 2010 and created her her equine-assisted coaching program, Charismatic Cowgirl in 2018.

She has appeared on the cover of I Love Coaching Magazine, Womelle Magazine and The Hot Years Magazine. You’ve seen her on QVC, and interviewed on ABC CBC, NBC and is a frequent guest on radio shows and popular podcasts.  Her mission in all her work is to illuminate the path for people to fully express all they are designed to be.

Group follow up will be offered, hosted by Sandra Dee, one week after event, to aid in processing any learnings that are still occurring and offer support and further actions to stay on track.